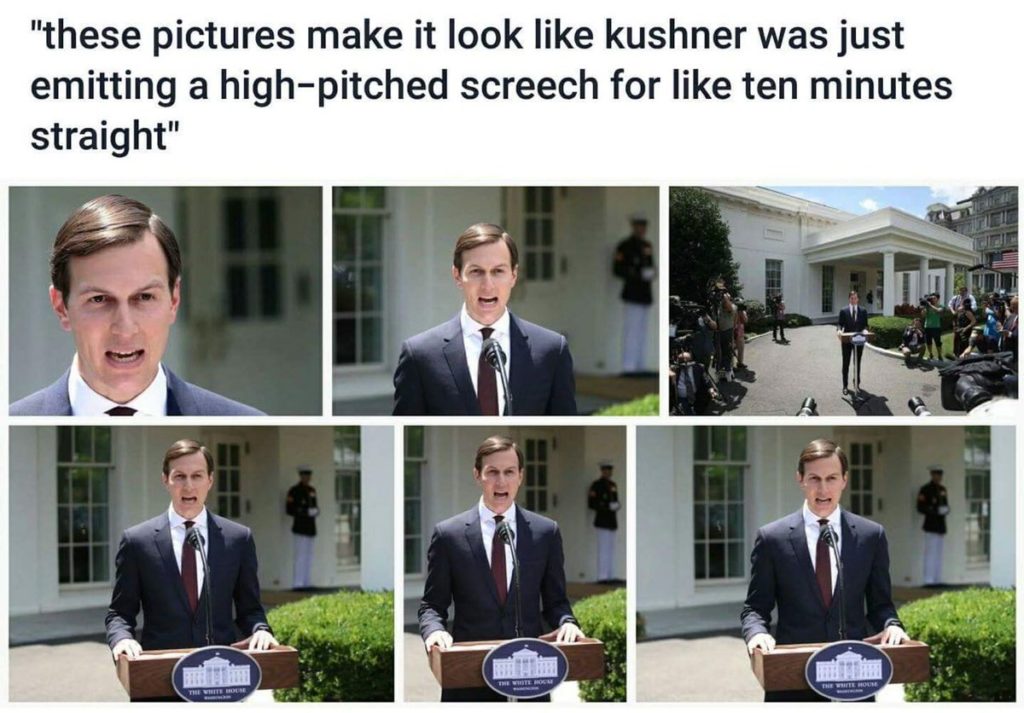 Kushner descended suddenly from places unknown, unseen, and, as we’ve been recently informed, illegal to conjecture on or speak of again. Taking the podium he emitted a high-pitched shriek for 10 minutes, during which he maintained unwavering eye-contact with an audience that found itself unable to move while under that sun-scouring gaze. Once finished, Kushner erupted into flames which melted near-by steel beams. Recording devices at the press conference were found to contain only old episodes of “The Apprentice”. When asked to comment, the Whitehouse denied that the press conference had taken place or that Kushner had ever existed. Further questions were directed to Hillary’s deleted emails.